People have commented on the dreadful amount of “erms” and “ums” in that last video. Also, analytics have shown that few viewers were willing to sit through ten minutes of rambling; so I’ve edited the main point down to ten seconds.

I’m about to start #2. It’ll be more fun; for me at least because it involves rum.

I decided to try one of these vlog things; me talking instead of you making the effort to turn words on a screen into a voice in your brain. It makes a change, plus you get to see the shapes I can make with my massive face. 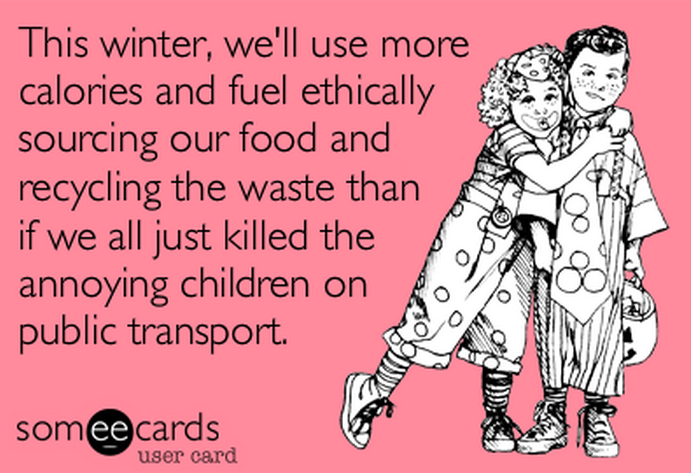 END_OF_DOCUMENT_TOKEN_TO_BE_REPLACED

Against a more newsworthy day’s backdrop of the biggest strikes in 30 years and my own Senior Lecturer – a former journalist at the News of the World – being arrested in connection with the Leveson phonehacking enquiry (later bailed until March), I have a deadline. I should’ve written this a week ago but I’m shit and lazy and I think I might be losing it, again.

All we had to do was prepare a three minute talk on one of the subjects discussed in the above episode of Question Time. There were plenty to choose from:

I chose: Why is our Government pushing up our energy bills by giving subsidies (£50 for every £100 worth of energy produced) to windfarms which are proven to be uneconomic? END_OF_DOCUMENT_TOKEN_TO_BE_REPLACED

“In 2010 the world emitted 30.6 gigatonnes of carbon dioxide. If you want to know how big 30.6 gigatonnes is, look at your children and imagine them dying from skin cancer and lack of water, and then stop asking stupid questions and just do your fucking recycling.”

I’ve spent the majority of my adult life living abroad, and for the most part I found it more bearable than not doing so; but if history has taught us anything it is that all foreigners are little more than vile savages before a fear of the Christian Lord and a good command of the Queen’s is raped into them.

One thing that some of them do seem a hell of a lot better than us at though is recycling; from India’s slums to the supermarkets of Denmark, it is understood that there is money in ‘waste’, be it sorting through what others throw away or collecting the deposit on all the dog-end filled empty bottles littering your apartment after a party. END_OF_DOCUMENT_TOKEN_TO_BE_REPLACED

My shower is an idiot. There are two in the house but they are identical and I choose the one with ventilation because I value being able to both breath and see when I am in a confined space.

On the road I’ve gone weeks without a proper wash; I’ve also nearly drowned a couple of times. This isn’t about such severe ends of the bathing spectrum but more to do with an apparatus that was invented by a person and constructed by another; about the methods of its operation which I assume must have had a certain degree of reasoning behind. END_OF_DOCUMENT_TOKEN_TO_BE_REPLACED